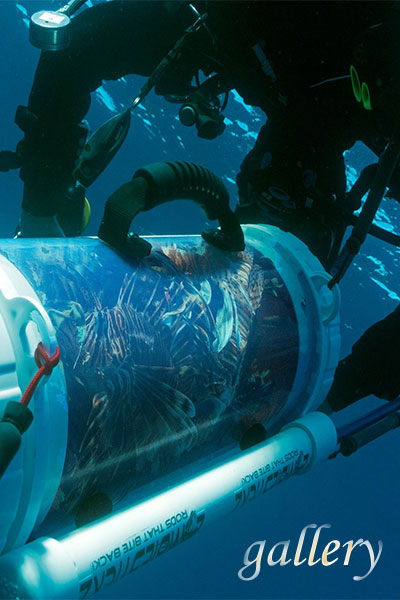 Following examples from the Caribbean, the RELIONMED project team has assembled a lionfish removal response mechanism (Removal Action Teams - RATs) formed by 100 motivated diver volunteers. RATs constitute the first line of defense against the lionfish invasion with a primary objective to remove lionfish from priority areas by working alongside RELIONMED’s researchers. RAT members have been selected based on their diving qualifications and their willingness/availability to help. It is worth mentioning that many of the selected members are well-experienced divers and diving instructors who can perform dives deeper than 60 m. As pole-spearing with the use of scuba gear is forbidden by law in Cyprus, a special permit was granted by the Department of Fisheries and Marine Research for this purpose, however, the permit is applicable for a 100 divers and only under the supervision by a member of the RELIONMED project. The permission is valid from sunrise to sundown and throughout the year.

Guided by concerned citizens, recreational divers, social media and the surveillance system the Removal Response Teams are/will be activated in circumstances of removing lionfish from new areas colonised or where the lionfish are most concentrated (hotspots). Response actions may include complete eradication from a small area (such as a wreck or a small reef), control over larger spatial scales to the level of Natura 2000 and MPAs, or no removal action at all. The RELIONMED’s scientific team aims to carry out lionfish removals at least twice a month, in addition opportunistic removals with smaller teams (3-4 divers) are/will be performed more frequently. Prior to every removal, RAT teams are/will be equipped with removal gear (slingshot, lionfish container and puncture-resistant gloves) and heat packs, in order to use it as a first-aid response.

At the moment the required number of divers has been reached, however, any interested divers can send us their details and diving qualifications at info@merresearch.com for future use. 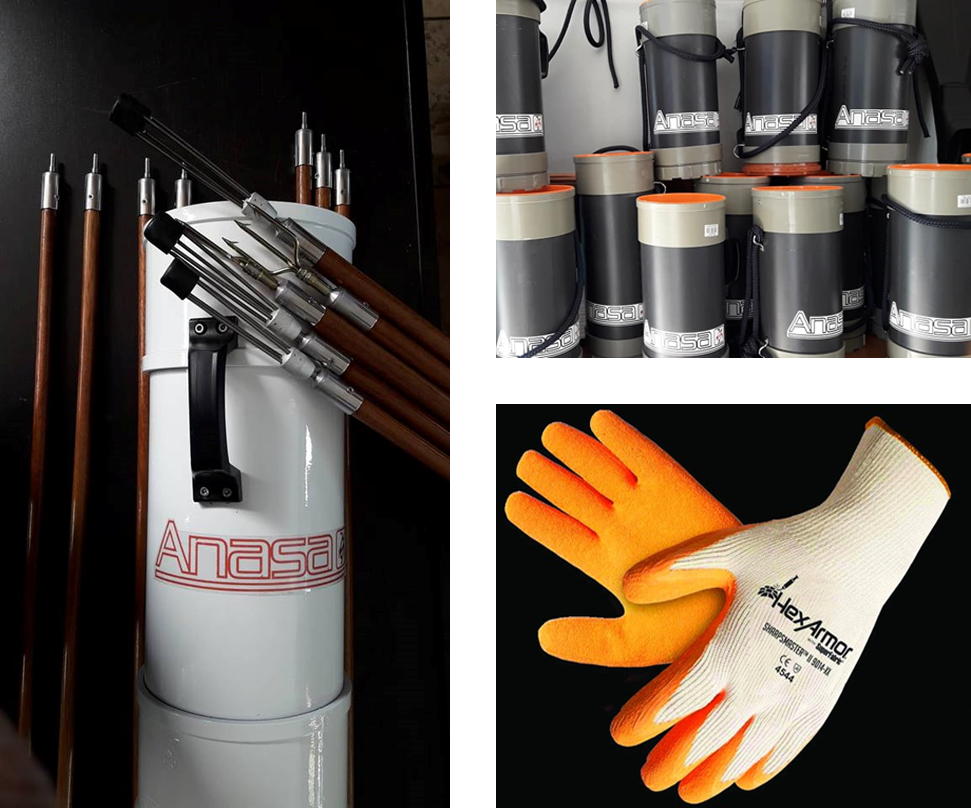 As part of the C2 Action, the RELIONMED’s Project Management Team (PMT) is responsible for organising, implementing and supervising 8 lionfish removal competitions in total. These derbies will take place on a seasonal basis for 2 consecutive years and will focus on priority areas, such as the Marine Protected Areas of Nissia and Cavo Greco. All the derbies will include awards for the highest-ranking participants. Prize categories include the most fish, the heaviest fish and the smallest. These events will demonstrate the ability of Removal Action Teams (RATs) to reduce lionfish population densities in priority areas and help scientists to understand the colonization rate and the effectiveness of removals. In other words, these removal events are not just for fun, but also for scientists to gather various publishable data and gain a better understanding on how to effectively manage this threat that the lionfish imposes to our marine ecosystems.

All participants must follow the rules set by the RELIONMED’s PMT and must sign a disclaimer form and confirm of their good physical condition. It is preferable that all divers taking part in the competition be insured (example DAN insurance). Each team can be composed by 2-3 divers. Diving will be allowed to a depth that is within the capabilities of the least qualified team member, provided that they have all the required certifications. Strict diving and safety rules will always be adopted. Mixed gas diving is permitted provided that the divers are properly certified. There will be a first-aid and diver instructor who will be on safety boats ready to respond to any emergency. There will be an ambulance near the derby area, in addition to heat packs which will be given to all the athletes. At every event each team will be equipped with lionfish removal gear, which includes a pair of needle proof gloves, a wooden sling with trident and a labelled lionfish container, all the participants are required to return the equipment back before the end of the event.

Methods of fishing lionfish/removal from the sea and first aid